The former Fibrecity project is back on track with the launch of 250 free, trial internet connections, offering speeds up to 167 times the national average.

The network – now managed by CityFibre – is being opened up to the public after months of consolidation work following the demise of the original builder.

The first service provider is on board, a Westbourne-based firm called Fibreband, and it is offering the trial connections to help test services before it opens up to 7,500 customers next year.

Company boss Adam Troman told the Daily Echo around 30 of the six-month trial slots have been taken up so far. “We are confident the network is working already, but it’s a case of ‘suck it and see’,” said Mr Troman.

The free places – and next year’s first wave of commercial connections – will be only available to people living in BH10 and BH11 postcodes, which takes in West Howe, Bear Cross, Bearwood and western Kinson.

He did not yet have prices on the packages available from next year, which vary from 50Mbps to 1,000Mbps.

Other service providers may also use the network and offer rival packages.

CityFibre said its speeds are so high because its fibre cables run right to people’s homes, while other networks use copper wires for the final part of the journey.

The connections are a major milestone after the original builder, Fibrecity, ran out of cash and stopped work in October 2010.

Mark Collins, the chief communications officer for CityFibre, said: “We promised the residents and businesses of Bournemouth that we could complete the unfinished work from our predecessors, a commitment we have kept.”

Leader of the council Cllr Peter Charon said: “CityFibre have invested £1 million already and plan to do the same next year. If they genuinely deliver, it’s brilliant for Bournemouth.” 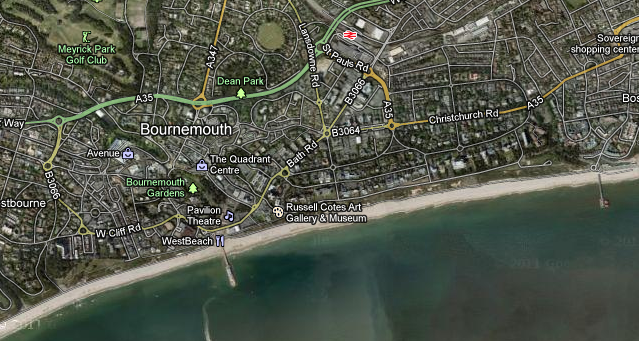 One thought on “Broadband fibre plans speeding up in Bournemouth”