The internet music service Spotify is opening itself up to third party apps.

Developers will be able to write programs to add functionality to the music player, such as the ability to see lyrics or buy concert tickets from artists being listened to.

Co-founder Daniel Ek said he believed the move would be “game-changing for music” adding that many subscribers had requested the feature.

Spotify teamed up with the social network earlier this year, allowing its users to reveal which songs they were listening to via its partner’s website.

Spotify’s decision poses a further challenge to Apple. Although the iPhone maker dominates MP3 sales, its social network feature Ping is not viewed as a success.

Mr Ek believes the introduction of apps will only attract more people to his firm’s service.

“We are truly launching integrated apps inside Spotify from the best and the brightest,” he said.

“They can access all Spotify’s features through an easy-to-use Java script API [application programming interface].”

He added that the programs would be “seamlessly integrated” to the platform, both visually and in their functionality.

“The possibilities are truly endless,” he said.

One of the apps unveiled at the New York press conference was the ability to read reviews from Rolling Stone.

The magazine said it was excited about the possibility of getting its content to music listeners as soon as it was published.

A spokesman for Tunewiki – an internet start-up which provides synchronised lyrics to music – also said he was “thrilled” to be part of the launch.

Other firms offering apps in beta include the tour date tracker Songkick, the music recommendation service Last.fm and the music criticism website Pitchfork.

Mr Ek said his firm would have final approval on which apps were made available. He said that all Spotify members would be able to access them for free, whether they paid for a subscription or used the free advertising-supported service.

However, some industry watchers were concerned by that decision.

“Developers are happy to mess around with these things but people want to see a return on the investment,” said Stuart Miles, founder of the tech website Pocket-lint.

“If you can’t charge for your app, that’s going to put a lot of people off.”

Spotify says it now has about 10 million active users following its launch in the US in July.

However, some music industry players are concerned that the service discourages users from buying music and have complained that the amount of money Spotify pays out is too low.

Earlier this month ST Holdings – a distributor which represents more than 200 dance labels – removed its entire catalogue from the platform.

It released a statement saying: “Music loses its specialness by its exploitation as a low value/free commodity.”

The British band Coldplay also drew attention when it decided not to make its latest album available to Spotify and other streaming services.

When asked about the firm’s business model at the press conference, Mr Ek said: “We pay every time someone plays a song, we feel that is great value.

“We are paying out the vast majority of all the revenues and that is how I want to keep on going.” 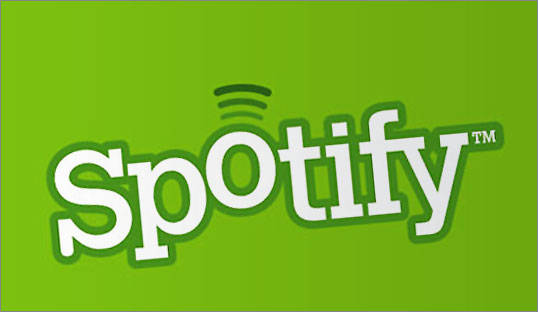